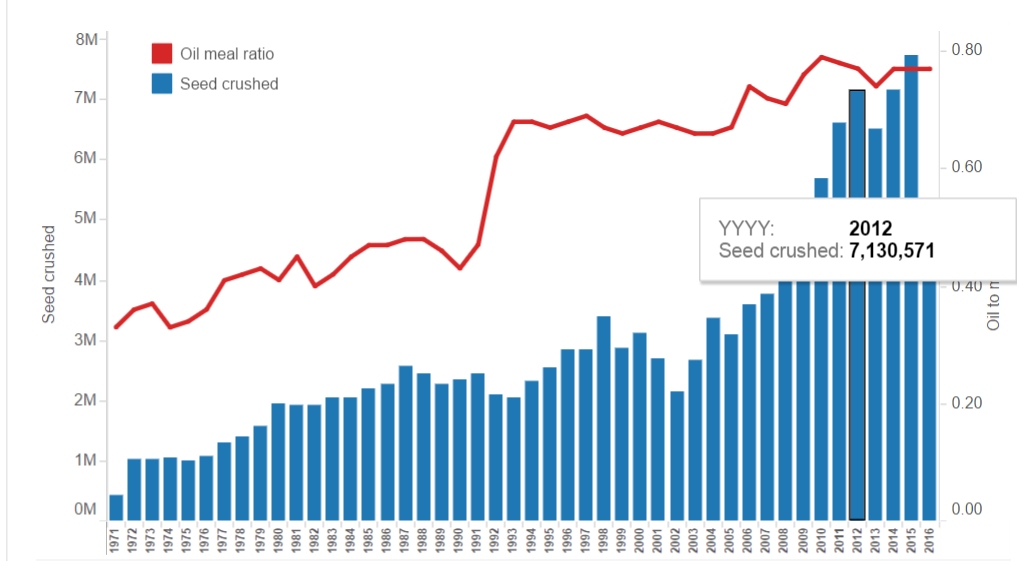 Statistics Canada regularly tweet links to various Canadian statistics. I have occasionally created quick Tableau visualizations of the data and replied with a link to my Tableau Public site.

Canola seed is crushed to extract the oil and the seed meal is leftover. The ratio of oil to meal is about .8 in 2016 compared to .3 in 1971. That is a impressive increase in oil extraction efficiency.