Comments for a specific CBC opinion article are anaysed in detail below.

See a previous post which details how to obtain comments from CBC news and opinion article. Code for this project can be found in this Github repository.

The opinion article was titled “On COVID restrictions, our governments keep firing up the gaslights and shifting the goalposts“. This article garnered 7,800 comments by 1,226 unique users. The comment and user counts include posts and replies. The comments were posted over a two day period beginning Dec 03, 2021 4:00 AM ET after which the comments were locked. 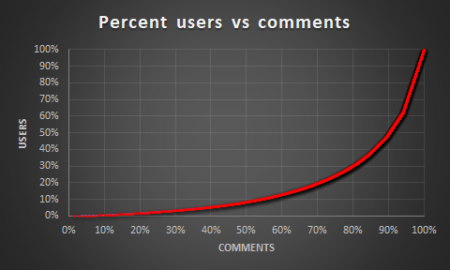 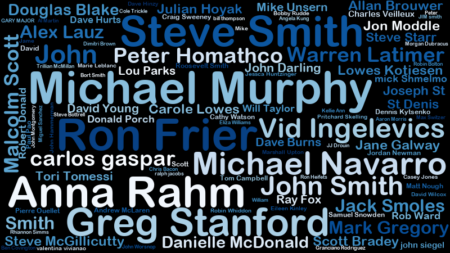 The next series of “network” charts below provide some insight into the  interactions between users, their comments and replies.

The network charts were created by using the Python NetworkX module. The code used create the NetworkX charts is in the another post.

The red circles (“nodes”) are users. The circle size corresponds to user comment counts. The lines (“edges”) connecting the red circles represent interactions between users as replies to comments. The line arrows indicate who was replying to who.

The first chart is a whole view of the 1,140 users that had at least one reply to their comment. It has 1,140 nodes and 6,000 edges so it makes for a very dense visualization and a big image size. Click on the image to open it in your browser where you will be able to zoom into it and download it if you want. 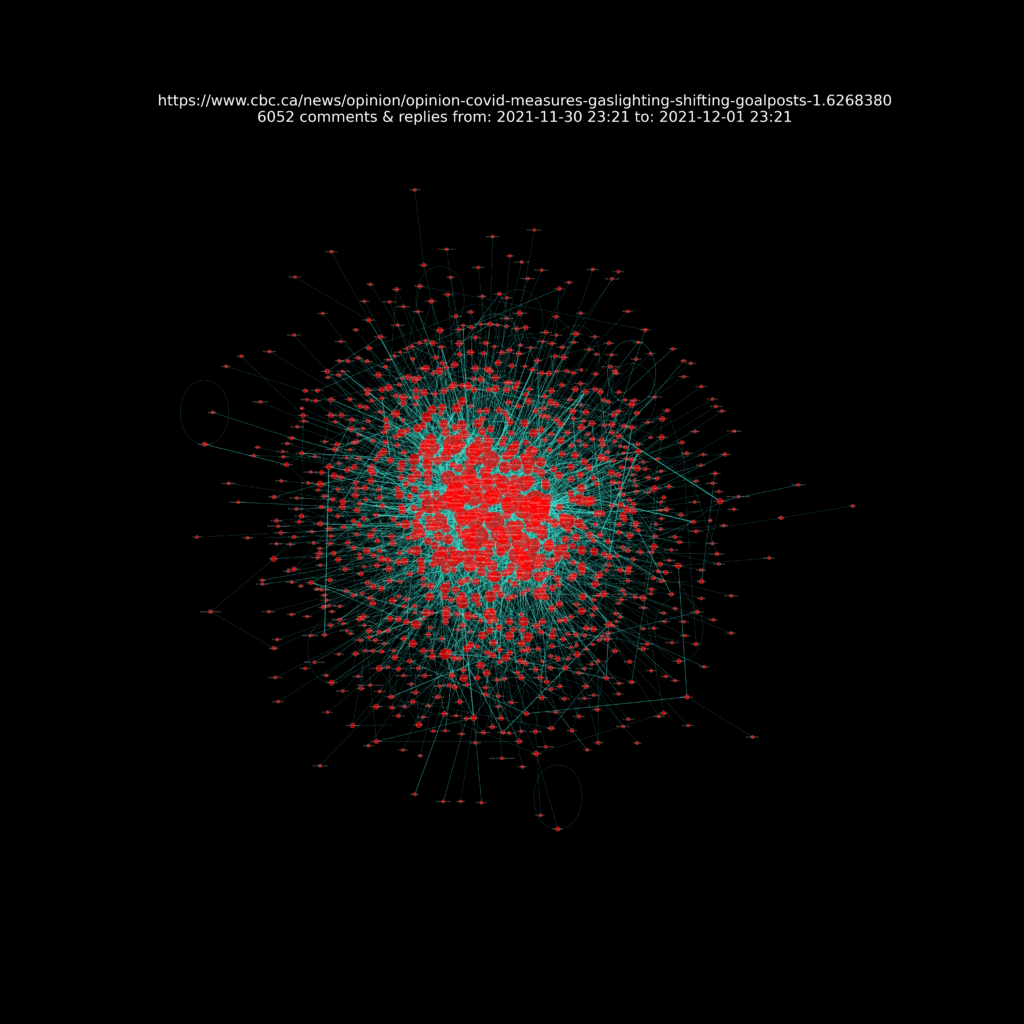 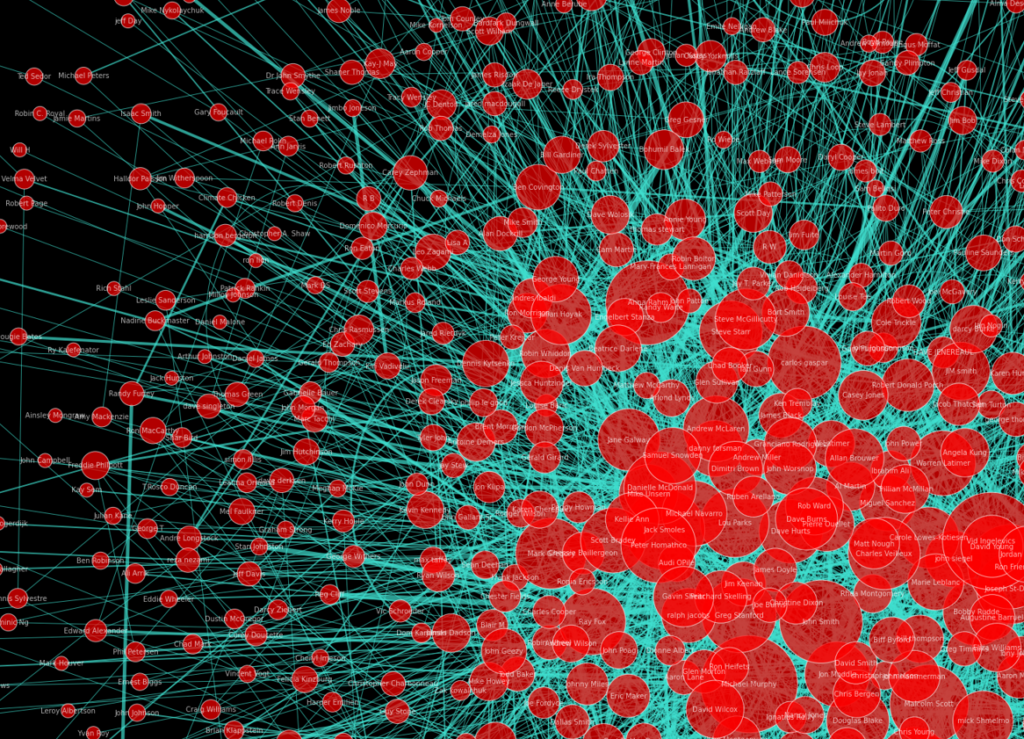 And another closer looks shows even more detail of the sparse low comment and reply count users on the edges of the chart. 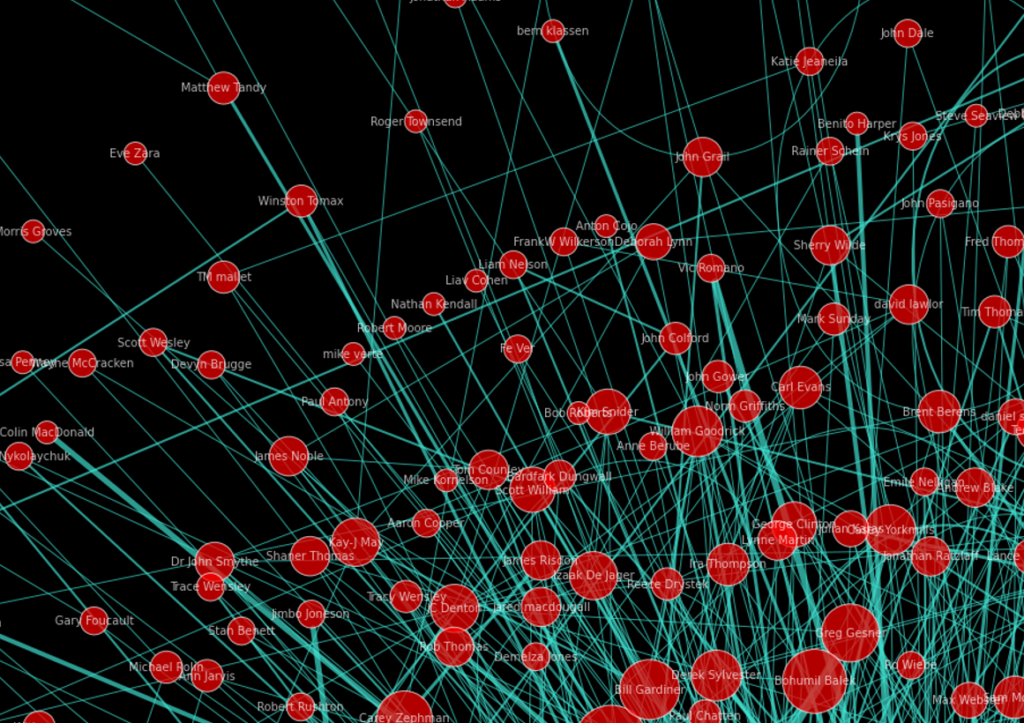 This final “word cloud” visualization shows the top 200 words in all of the comments. 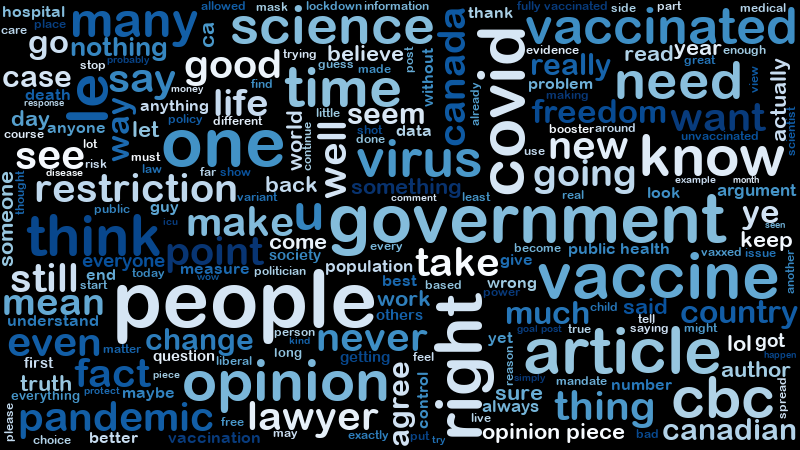