The Government of Canada is working with Canadian First Nations communities to end long-term drinking water advisories which have been in effect for more than 12 months since November 2015. This includes projects to build or renew drinking water infrastructure in these communities.

The First Nation drinking water advisories were a big part of the 2021 Canadian federal election campaigns. The current government had made big promises to fix all of the advisories in 2015. The opposition criticized them for not having achieved that goal to-date. However there was poor communication about the actual number and status of the advisory projects. So I wanted to find some data to learn the actual status for myself.

TLDR the results can be seen on a Github.io hosted page.  A screenshot is provided below. The code to retrieve and transform the data to create that web page are in my Github https://github.com/sitrucp/first_nations_water repository. 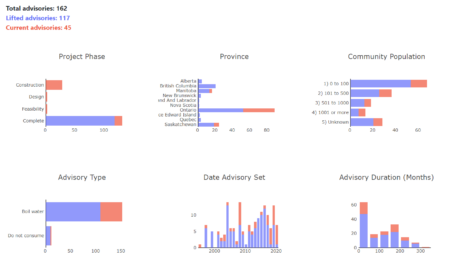 Finding the data I needed only took a  few minutes of Google search from an Indigenous Services Canada  website that mapped the water advisories by counts of advisories by FN community, project status, advisory dates, and project type.

While the web page also included a link to download the map data, after a bit of web page scraping and inspection, I learned that the downloadable map data was created by web page Javascript from another larger data source referenced in the map page code https://www.sac-isc.gc.ca//DAM/DAM-ISC-SAC/DAM-WTR/STAGING/texte-text/lTDWA_map_data_1572010201618_eng.txt.

So rather than download the 160 record map page data, I retrieved the larger JSON format text file and used similar logic as that for the map web page code to get the 160 records. This was done in two steps.

Step 1: retrieve JSON format text file using a Python script water_map_data.py to retrieve and save the data file locally. I may yet automate this using a scheduled task so the map gets regularly updated data as advisory status changes over time.

Step 2: process the saved data file and present it in an HTML web page as Plotly.js charts and an HTML tabular format using Javascript in this file  first_nations_water.js

Finally, I also separately created a Excel file with Pivot Table and Chart that you can download and use to do your own analysis. Download this Excel file from the Github repository. The file contains an Excel Power Query link to the larger text JSON file described above. You can simply refresh the query to get the latest data from the Indigenous Services Canada  website.

This is a list of Canadian COVID-19 related data analysis and visualization that I created during 2020/21 pandemic. 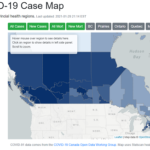 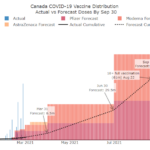 Canada COVID-19 Vaccination vs World – Canada’s current and historical ranking vs all countries in the Our World in Data coronavirus data  by total doses, daily doses and total people vaccines adminstered.
https://sitrucp.github.io/covid_global_vaccinations

Global COVID-19 Vaccination Ranking – Ranking of all countries in the Our World in Data coronavirus data by daily vaccine dose administration. Includes small visualization of all time, population, vaccines used and trend. Can sort by these measures.
https://sitrucp.github.io/covid_world_vaccinations 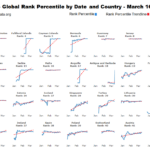 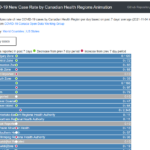 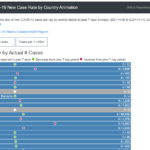 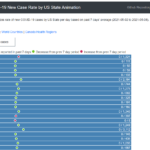 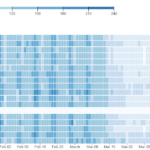 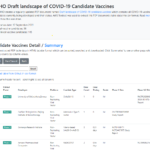 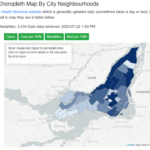 For a 16 month period, from February 2020 to June 2021, TendiesTown.com used the Reddit API in an automated process to retrieve r/wallstreetbets posts tagged with “Gain” or “Loss” flair. The subReddit r/wallstreetbets is a stock and option trading discussion board that gained popularity during the 2020/2021 “meme stock” media frenzy.

These posts were then manually processed to identify the gain or loss amount and reported stock ticker(s).

While 6,844 posts were retrieved from the subreddit, 2,262 (33%) of these were rejected because they were either duplicate posts, not actual gain or loss trades (per r/wallstreetbets flair guidelines) or it was not possible to identify the amount.

The trades and more detailed analysis are available on the tendiestown.com website. As of June 9, 2021, the manual processing is no longer being done, so no new data will appear on the site.

“Gain” and “Loss” flair are described in more detail in the community flair guidelines but essentially “Gain” = trade made money and “Loss”= trade lost money.

The count and amount of trades rose significantly in the early months of 2021.  This can be explained by the surge of new users to the r/wallstreetbets subreddit due to huge increase in popular media reporting surrounding the GME, AMC meme stock craze.

Gains consistently lead losses over the 16 month period.  Rather than simply concluding that r/wallstreetbets traders gain more than they lose, it suspected that the variance can be explained due to fact that it is easier to tell the world that you won, and harder to say you have lost.

Sir Patrick Stewart @SirPatStew was doing Shakespeare Sonnet readings from his home during the COVID-19 lockdown and they were really good.

I wanted to track the sonnet reading tweets’ like and retweet counts over time and show this to other @SirPatStew fans. I also thought it would be very helpful to provide an automatically updated list of links to the sonnet tweets.

@SirPatStew finished has long finished posting new #ASonnetADay tweets and his tweets continue to get visitors and like and retweet counts continue increasing.  The automated daily job is still ongoing and the visualization continues to be updated.

Data was retrieved from Twitter using the Twitter API and Tweepy and the visualization was created using Plotly.js dot plot and is hosted on Github.io 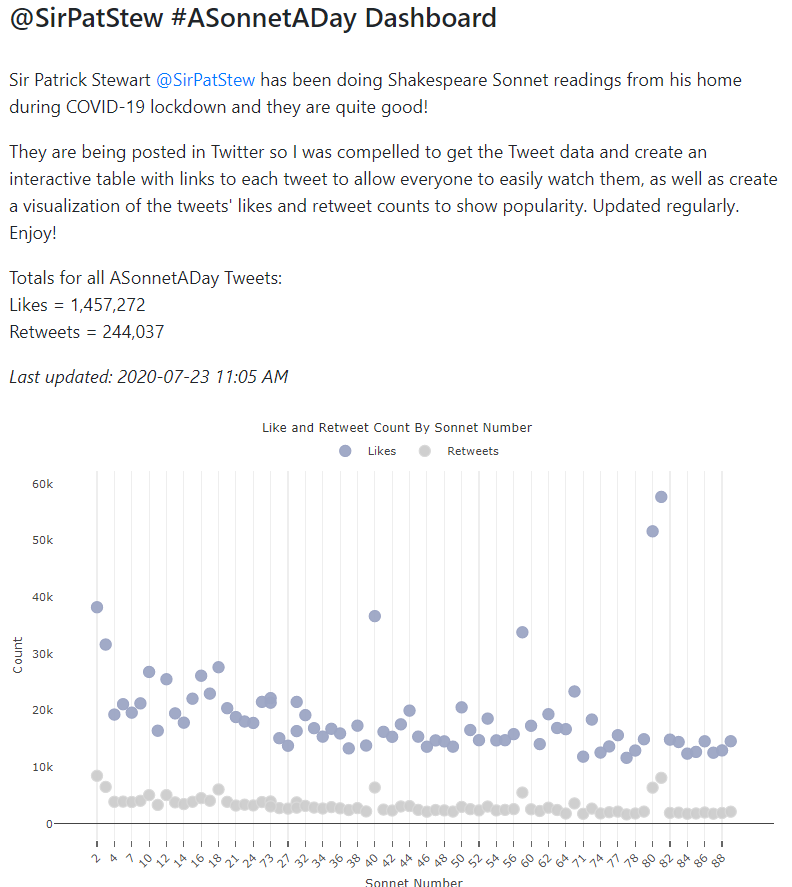 The Tweet data was used to create the following:

After watching the US 2020 Presidential Debate #1  I was curious to see if there was an automated way to identify when a debater was interrupted while speaking during their 2 minutes allotted time.

I envisioned a timestamped transcription that could be used to create a timeline of each speaker talking and identifying overlaps where one speaker was talking first and second speaker starts during that talk ‘segment’.

Unfortunately Amazon Transcribe purposefully shifts all of the transcribed words’ start times to eliminate overlapping word time periods. Therefore, it wasn’t possible to get the data I wanted to satisfy my curiousity using Amazon Transcribe.

It may be possible to infer overlapping speaker talking and interruptions with multiple small interleaving speaker segments but that would be hard to distinguish from two people having a conversation with the Amazon Transcribe results. Might investigate alternative automated transcription methods and make new post. TBD.

I used youtube-dl to download the debate audio from a CSPAN video recording of the debate which was on YouTube. The audio produced youtube-dl was an mp3 file. I used Libav to trim off the beginning ~30 minute portion of the audio as it was not the actual debate but pre-debate stage prep.

I used Amazon Transcribe to create a transcription of the debate audio.

The output JSON file is saved in a new S3 bucket created by Transcribe. The JSON file contains the following content and high-level structure:

The Transcribe output JSON file was read into a Pandas dataframe which was used as the data source for the Plotly timeline chart shown above.

An important data transformation was done because a Plotly timeline chart requires datetimes for period start and end and x-axis values. However the Transcribe output JSON file only has start and end times that are elapsed seconds from beginning of audio.

Therefore the elapsed seconds were transformed into “fake” dates by adding an arbitrary date (in this case “1970-01-01”) to a “HH:mm:ss” value created from the JSON file seconds values.

The Plotly timeline chart formatting was set to create nice vertical bars for each speaker segment.